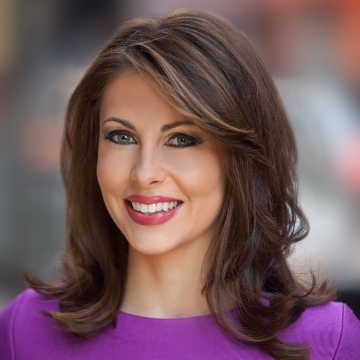 The challenge for any national security official in the Trump administration is how to merge traditional Republican foreign policy ideals with the "America First" mantra of President Donald Trump and his campaign. Secretary of State Mike Pompeo understands this better than most; that's likely why he chose a new spokeswoman who has managed to succeed in both worlds at once.

Many will recognize Morgan Ortagus from her recent appearances on Fox News, where she has been a frequent guest for more than a year and a paid contributor for the past couple of months. But in Washington, Ortagus has been a fixture of the GOP foreign policy establishment for more than a decade. She has served as a press officer at the U.S. Agency for International Development (USAID), a financial intelligence officer at the Treasury Department and an intelligence officer in the U.S. Naval Reserve. She has also worked with several political campaigns, as well as a political action committee, and has experience working on Wall Street and in foreign policy consulting.

This all constitutes a solid resume for the position of State Department spokesperson, the job she will assume in the coming days. But what makes Ortagus even more valuable to Pompeo and the State Department are her strong connections to Trump's inner circle and her ability to bridge the two sides of the GOP foreign policy divide.

"Pompeo is trying to find that middle ground between Reagan national security and America First," said Sen. Lindsey Graham, R-S.C., who has mentored Ortagus over the years. "What Pompeo saw in Morgan was someone who understood his worldview, shares his worldview and has the ability to communicate."

Ortagus is close to the Trump family, especially Eric Trump and Ivanka Trump, whom Ortagus met through former deputy national security adviser Dina Powell. At the Munich Security Conference in February, Ortagus moderated a panel on women's empowerment with Ivanka Trump, Graham and Christine Lagarde, the managing director of the International Monetary Fund.

Ortagus' connections to Trump world don't stop there. She was first put on television by Bill Shine, the former Fox News head who later served as Trump's deputy chief of staff for communications. (He resigned last month.) One of Ortagus' first jobs in politics was as press secretary to then-Senate candidate K.T. McFarland, who later served as Trump's deputy national security adviser.

Originally from Florida, Ortagus began her political career as a campaign staffer for Rep. Adam Putnam, R-Fla. In 2007, Ortagus went to work as a press officer at the State Department and was assigned to USAID.

She later took a career position at the Treasury Department, working on financial intelligence, and served for about 18 months as the deputy Treasury attache at the U.S. Embassy in Riyadh, Saudi Arabia - just as the Arab Spring was breaking out in the region.

After returning to the United States and leaving government, Ortagus worked at Standard Chartered Bank and then Ernst & Young, part of a new team at the professional services firm evaluating geopolitical risk for investment clients. During those years, she built relationships with a wide array of political players.

In 2013, Justice Ruth Bader Ginsburg presided over her wedding. In 2014, her friend George P. Bush helped her become an intelligence office in the Naval Reserve. In 2016, she volunteered for Jeb Bush's presidential campaign. She also serves on the board of the Friends of the American University in Afghanistan, raising money for programs that support women's education there.

"Morgan has been demonstrating the capability to deal with complex foreign policy and national security issues for a number of years," said retired Army Gen. Jack Keane, who worked with Ortagus in his capacity as chairman of the Institute for the Study of War, where she served on one of the boards. "She's grounded in public service and always leans toward it."

Ortagus is the first spokeswoman Pompeo chose; he inherited outgoing spokeswoman Heather Nauert from his predecessor, Rex Tillerson. Nauert was nominated to be U.S. ambassador to the United Nations, but she later withdrew from consideration.

And while the role's job is to represent the secretary and the department, Ortagus already has a very public record of her own personal foreign policy views. She's a hawk on China, having done a weeklong series for "Fox & Friends" on the multipronged threat that the Chinese government's actions pose to the United States.

"What President Trump is doing with China is the most important thing he will do in his presidency," she once said.

Ortagus has been a vocal critic of the Iran nuclear deal and has called on European governments to support more sanctions against the regime in Tehran. Not all State Department spokeswomen are steeped in policy, but the best ones usually are. Expect Ortagus to follow the model of Victoria Nuland, who served as spokeswoman to then-Secretary of State Hillary Clinton and had deep policy experience and strong views.

"She'll be more than just the voice of the State Department; I think she'll be in Pompeo's inner circle in terms of policy," said Graham. "This is where national security expertise and communications skills meet."