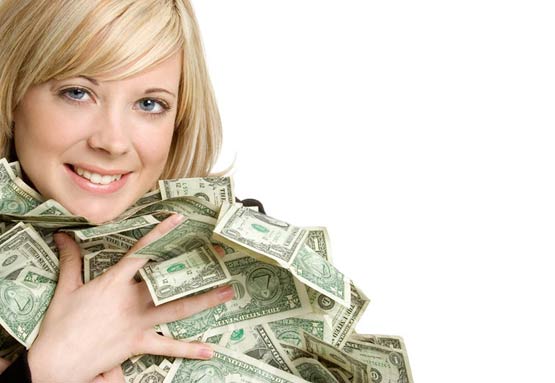 For Americans of a certain age, Henry Bloch was a most winsome anomaly - a celebrity bookkeeper. On television, in magazines and newspapers, the co-founder of H&R Block was one of the best-known pitchmen of the 1970s, a harbinger of spring (tax time) as sure as the tulip.

In his hometown of Kansas City, Missouri, Bloch was that and something more: a philanthropist whose wealth greatly enhanced an art museum, a major hospital, a local university and so on. At the same time, he was as approachable as a park bench, ready with a grin and a friendly word for the people he met in line at the CVS or the lunch counter.

In other words, Bloch - who died last week at age 96 - was an example of the sort of success story Americans have traditionally admired. Our culture extols the entrepreneur whose good idea and hard work leads to wealth and fame, who shares the wealth with an open hand and wears the fame with humility.

I say "traditionally" because our political culture is losing touch with this model of success. Among Republicans, there is rampant idolizing of wealth for its own sake, shorn of expectations. Among Democrats, wealth is increasingly seen as a problem to be attacked. The public-spirited Henry Bloch-type may become homeless in the national debate.

At the same time, many leading Democratic presidential candidates have next to nothing positive to say about private philanthropy, preferring instead the sort of rhetoric that led Sen. Bernie Sanders, I-Vt., to declare in 2015: "If the Koch brothers and the billionaire class hate my guts, I welcome their hatred." Sanders has proposed that when his sibling nemeses Charles and David Koch pass away, some three-fourths of their wealth be collected by the government. Sen. Elizabeth Warren, D-Mass., eager to "make sure rich people start doing their part for the country," proposes as much as a 3-percent annual surcharge on large fortunes. The progressive journal In These Times catches the spirit of the debate with an essay promoting both ideas: "Tax the Hell Out of the Rich, When They're Alive and When They're Dead."

Don't get me wrong: Debating tax rates and burden-sharing is exactly the kind of thing free people should do with their politics. But when the discussion boils down to a false choice between idolizing wealth or demonizing it, we have a problem. The United States is the greatest wealth-creating culture the world has ever seen, and that's worth cherishing. We should want more wealth in America, even as we want more Americans to share it.

For that, we need more Henry Blochs. As a young man, Bloch served as a navigator aboard a bomber in the 8th Air Force, pulling some of the most dangerous duty of World War II. Restored to private life, he went into business with his brothers, offering bookkeeping services to small businesses. They started with one customer: a guy with a hamburger stand. They stumbled into retail tax preparation almost by chance, as Bloch later told the story. Their franchise model made a lot of people rich.

Yes, pitchfork-wavers, he lived in a mansion decorated with precious art. But now that art is on display free to all visitors at a museum whose modern wing bears the Bloch name. Future entrepreneurs study at the Henry W. Bloch School of Management, and sick people get treatment at the Marion Bloch Neuroscience Institute, named for his late wife.

It's a feel-good story. The political party that celebrates this and thousands of similar stories will find itself winning a lot of votes.