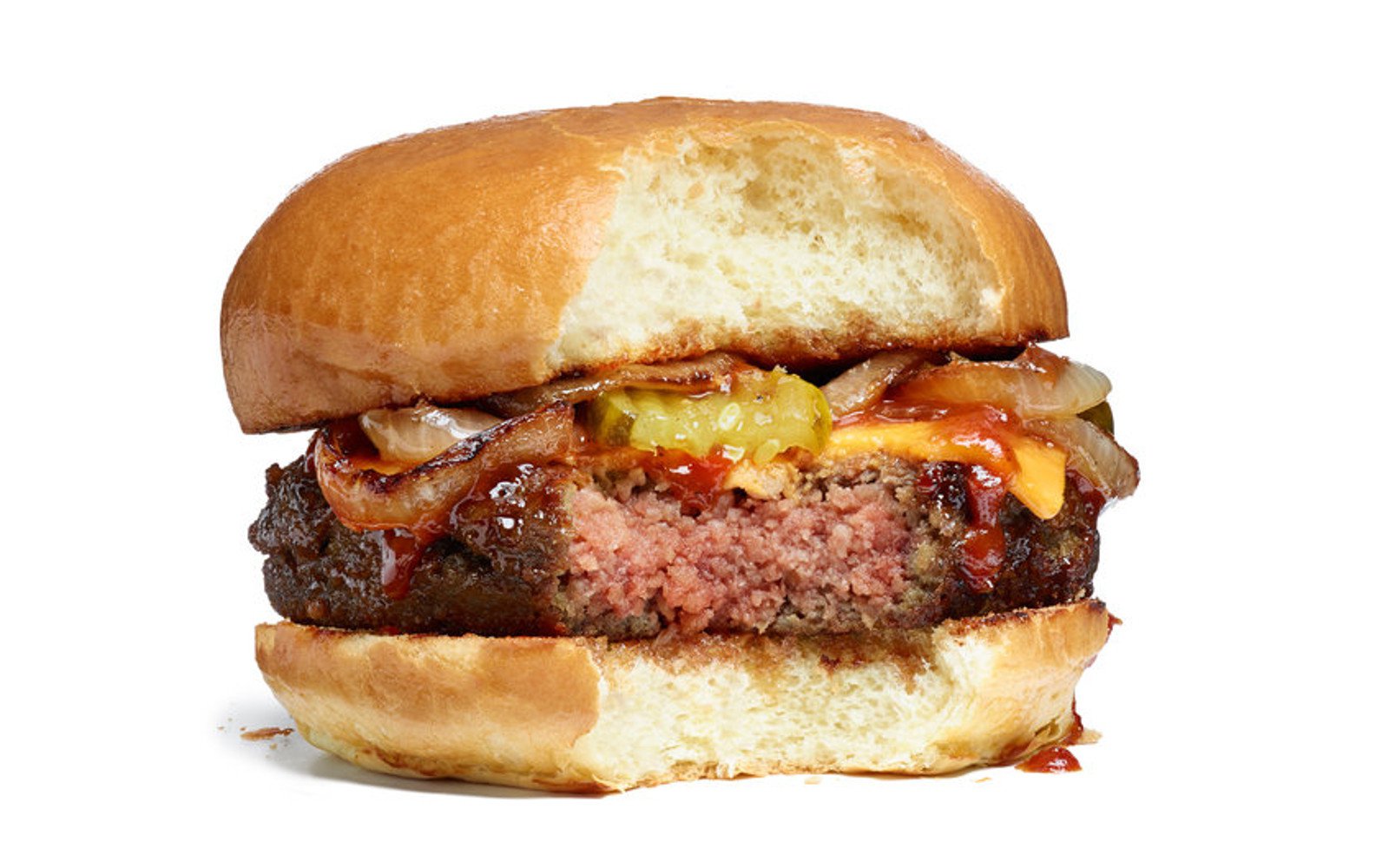 Missouri Farm Bureau members were likely startled by the recent "Commentary" in their email queues. The farm bureau's Eric Bohl reported on his visit to a St. Louis-area Burger King, where the fast food giant is testing a version of the Whopper made entirely from plants. "If I didn't know what I was eating, I would have no idea it was not beef," Bohl wrote.

Given the farm bureau's role in last year's Missouri law banning use of the word "meat" to market plant-based products, Bohl's praise was unexpected. An explanation soon followed.

"Raising cattle is a way of life in rural Missouri," the food critic allowed. "So why write an article taste-testing a plant-based 'burger'? As a wake-up call to our industry."

But not every alarm heralds a bright new day. Cattlemen are waking to the very real possibility that they have nowhere to go but down. America may have reached Peak Meat.

I say this as a rock-ribbed, 100 percent, Fred Flintstone carnivore. What the madeleine did for Marcel Proust, so the aroma of grilling meat unlocks a lifetime of memories for me. By contrast, I've detested the idea of veggie burgers ever since my family was cursed with a carton of frozen soy patties in those ghastly times known as the 1970s.

Like Bohl, though, I was impressed by the burger my son and I shared the other day at a Red Robin restaurant in suburban Kansas City. We ordered identically tricked-out sandwiches, one with a plant-based patty from the same company that supplies Burger King - Impossible Foods - and the other with traditional ground beef. Tasting them side-by-side, we could discern an ever-so-slight difference. But they were equals in terms of yumminess and burgerismo.

I waddled away thinking this is a tipping point. Today's meat alternatives aren't aimed at the relatively small market of dedicated vegans and vegetarians. They're targeted to the likes of me: people who will only give weight to the environmental impacts of large-scale animal farming if given meaty-tasting, meaty-smelling, meaty-looking alternatives.

If the plant patties hit their targets, in a nation that consumes 50 billion burgers a year, imagine the impact of cutting out just 1 in 5. Or 2. Try 4. According to the Environmental Protection Agency, agriculture - especially cattle - generates nearly 10 percent of heat-trapping emissions in the United States. Even that number may greatly understate the toll of livestock on the environment.

No less a force than Bill Gates is backing the revolution. The Microsoft founder has money in both Impossible Foods and Beyond Meat, two well-funded companies with slightly different approaches. Scientists at Impossible Foods have isolated a molecule, called "heme,"that they credit with giving meat its meatiness. By creating soy-based heme, they're able to infuse the essence of meat into a mixture heavy on wheat, potato and coconut oil. Beyond Meat, meanwhile, scorns the heme recipe as an example of genetically modified food. The company insists that culinary magic alone can produce beeflike burgers and porklike sausages.

(Close behind them are outfits experimenting with meat grown from animal cells without need for pastures, hoofs or hides.)

The new burgers aren't health food. Plant patties are high in sodium and saturated fat - I told you they were yummy! - and roughly equivalent to beef in calories, though lower in cholesterol. Still, the results are sufficient for burger chains to take them seriously and threatening enough that such major players in the livestock industry as Tyson and Cargill have bought stakes in them.

And then there's the cool factor.

Faced with this rising wave, the Missouri law to restrict use of the word "meat" in packaging and promotions to apply only to livestock and poultry seems paltry even before First Amendment lawyers start whacking it in court. Mincemeat, anyone?

Face it: Tastes change. Bottled water is now more popular than soda pop. A new day is dawning for the meat industry, and the Word of the Day is: smaller.