8 questions about where the Dem primary stands after New Hampshire 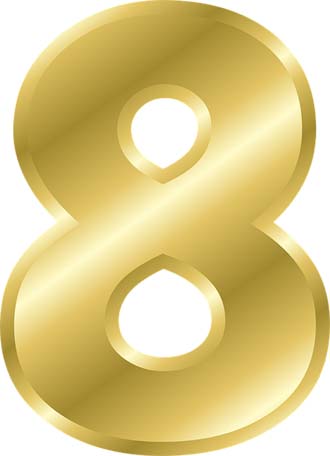 New Hampshire and Iowa have voted, boosting Sen. Bernie Sanders, I-Vt., and former South Bend, Indiana, mayor Pete Buttigieg to the top of the delegate race in the Democratic primary. But the race is far from settled, and we are weeks away from more than a dozen states chiming in. Here are eight questions we have about the race going forward.

1. How does the Democratic establishment respond to Sanders?

He won New Hampshire - though not with nearly as strong support as he had in 2016. He narrowly missed out on winning the most delegates in Iowa. It's still early, and these early nominating states are suited for Sanders's strengths - but it's time for the Democratic establishment, which was already nervous about Sanders'sability to beat President Donald Trump, to start thinking about how it deals with the fact Sanders has a good - perhaps the best - shot at winning the nomination.

The conversation could get ugly.

2. What do Joe Biden and Elizabeth Warren do now?

They had the most to lose Tuesday by underperforming (meaning: finishing out of the top three) and they both underperformed. This is a devastating blow in particular to Sen. Elizabeth Warren, D-Mass., who is from a neighboring state and who had a strong organizing effort in New Hampshire. How does she stay competitive without winning anything thus far?


As for Biden, the former vice president didn't even finish the night in New Hampshire, choosing to watch results from another key state voting later this month, South Carolina. He told New Hampshire voters to essentially take his word for it that he'll do better later.

"Stick with me," he told several dozen voters in Manchester on Monday night. "And I promise we are going to do just fine, going south. We are going to win this nomination."

3. How real is Amy Klobuchar's momentum?

The surprise of New Hampshire came from Amy Klobuchar. The senator from Minnesota punched through from the second tier of polling to finish third overall, beating both heavyweights Warren and Biden. "We have beaten the odds every step of the way," she said Tuesday.

Klobuchar appears to have won last-minute undecided voters, capitalizing on Biden's lackluster campaigning in New Hampshire and her strong debate performance that came at just the right time, days before the primary. Her campaign said the moment helped crystallize her steady rise in the state. But how does she resonate in the next contest, which features a very different electorate from the first two states? Speaking of . . .

4. How much does Nevada matter?

Biden ditched New Hampshire on Tuesday night but rather than go to the next state - Nevada - he went to South Carolina, which is fourth. Nevada has yet to truly enjoy its top-four status, you could argue, thanks in part to a jumbled calendar in 2016. But it will be a focal point now ahead of its Feb. 22 caucuses as the field remains so fractured. Sanders looks like the favorite there, but not prohibitively so. We'll see how much the others contest it. Klobuchar's campaign said it has 30 staff members already on the ground and is hoping to build off her success in New Hampshire.

5. Who will benefit and who will stumble before a more diverse electorate?

Biden has said all along that the real contest starts when the voters get more diverse. And indeed, the fact that most voters of color have yet to cast a vote means it is premature to write an obituary for the candidacy of one of the most well-known Democrats to seek the White House.

Nevada has a caucus, which favors someone with passionate voters like Sanders, who is leading with Latino voters in some Nevada polls. At the end of the month comes South Carolina, a Democratic primary and a large share of black voters, who have been in Biden's corner in most polls. But a new Quinnipiac University poll shows Biden's support among black voters nationally slipping, raising questions about his firewall there.

The other candidates who did well in New Hampshire - Buttigieg and Klobuchar - poll low or next-to-nothing with black voters, which means the ground could shift underneath them very soon.


6. Does anything that's happened the past two weeks matter?

These early states only have a small percentage of the delegates candidates need to win the nomination. And given the messy process of producing Iowa results, Buttigieg and Sanders don't have as much momentum as they could have. And looming over everything is former New York mayor Mike Bloomberg, who is spending hundreds of millions on ads to compete in the 14 states that vote March 3, Super Tuesday. That Quinnipiac poll out this week has him polling third nationally, over Warren and Buttigieg, even though he hasn't debated and joined the race too late to compete in Iowa and New Hampshire.

7. How much of a lane does Bloomberg have?

With the two most liberal candidates finishing in the top three in Iowa, speculation turned to whether voters focused on ousting Trump might start entertaining Bloomberg when he joins the ballot on Super Tuesday. Bloomberg's path was a little complicated by New Hampshire, though, with two more middle-of-the-road candidates - Buttigieg and Klobuchar - finishing in the top three. Especially with Klobuchar looking like an option now, Bloomberg's path might be complicated.

8. Who will be the target of the next round of attacks?

After Iowa, the gloves mostly came off in the primary. But some candidates have largely escaped scrutiny. Namely Klobuchar, because she wasn't seen as a threat by Buttigieg and Biden for the moderate lane. Is she now? How does Buttigieg respond to her attacks on him? And Bloomberg has been bashed here and there by Warren and Sanders as a billionaire buying his way into the race, but the biggest hit on his record came off the campaign trail Tuesday, with Trump elevating Bloomberg's previous controversial comments on New York City's stop-and-frisk policy.

The next debate comes Feb. 19 in Nevada, and we will be watching for fireworks.